Zadar was one of those places I’d driven past on my 2009 trip without stopping but always wondering what it was like. “’Zadar’…kind of sounds like ‘Zagreb,’ eh? Ha ha ha.” (Of course, the two cities have little else in common besides the first two letters of their names). I hadn’t read a thing about Zadar in 2009 – it’s not covered in the Rick Steves book at all. Later I heard some positive reviews of it, and I learned of Alfred Hitchcock’s famous pronouncement that the sunset in Zadar was supposedly the “best in the world.” That sounded intriguing. So I decided to check out Zadar this time.

I considered taking the slower coastal road from Rijeka down to Zadar instead of the fast A1 highway (toll road), but it wasn’t a clear, sunny day at the Kvarner Gulf, and I’d heard the scenery along this road was merely OK anyway. I had driven much of the A1 back in 2009 – it’s just a freeway, not especially scenic…but it’s an easy drive. There were barely any cars on the road in early May. I stopped a few times at rest stops to stretch my legs.

After about four hours of driving I rolled into Zadar, and the sun was out – maybe I’d get to see Hitchcock’s sunset? I let my GPS guide me into the center of town…and almost through a church courtyard! 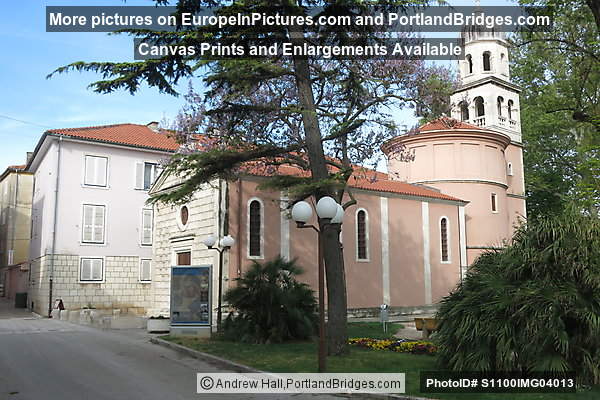 Church of Our Lady of Health, Zadar

But it guided me close enough to the guest house where I was staying, right at the edge of Zadar’s main pedestrian area – a great last-minute find because some sort of “race for the cause” event the next day in town had filled up many of the town’s rooms. Parking in this part of Zadar is difficult, it seems, but the guest house owner was willing to give up her spot for me if need be; fortunately, a spot opened up right next to her car – there were literally four parking spots there and I got one of them, just a block or two from the guest house. So we both got great parking spots.

After checking into my room, I set out to explore Zadar and take pictures in the nice late afternoon light. Zadar has some old Roman ruins at the center –the columns of former Roman buildings are scattered around in what was the Forum – as well as some neat churches. It is a bustling area with shops, restaurants, and museums. 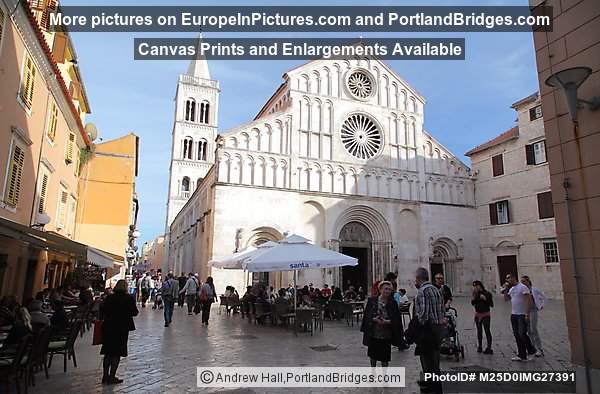 The bells from the Cathedral can be quite loud!

The center of Zadar occupies a little peninsula. There are boat docks on the side away from the ocean and on the other side a kind of Riva or promenade where sailboats and speed boats cruise around at leisure. 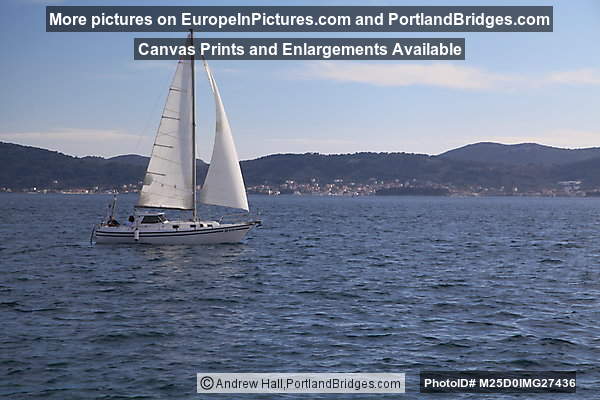 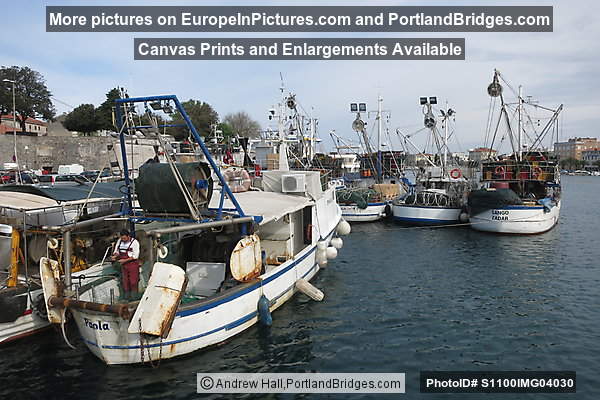 At the northwest corner of the peninsula (the top) are the sea organ – a cool natural musical instrument built right into the promenade, with the wind blowing into the “organ” to make notes – and the “Sun Salutation” – a cheesy-but-fun disc about 20 feet in diameter made up of what look like solar panels. The panels collect energy during the day, and at night they light up in different colors, as people walk on it and pose for selfies. It’s a fun tourist attraction (especially for kids) but not the sort of thing most tourists might come to Croatia for.

But the question was: would I see Hitchcock’s sunset? Clouds were rolling in as a hurried through a sit-down meal at a casual Italian restaurant – a break from take-away pizza dinners. I rushed down to the sea organ with my camera gear just as the sun was about to set – I could see it peeking through the clouds, but by the time I had the camera on the tripod, the sun was gone! I hoped the sun might at least peek out again but the clouds didn’t cooperate. Too bad I hadn’t arrived five minutes earlier, but even then it wouldn’t have been the kind of impressive Adriatic sunset I had hoped for. 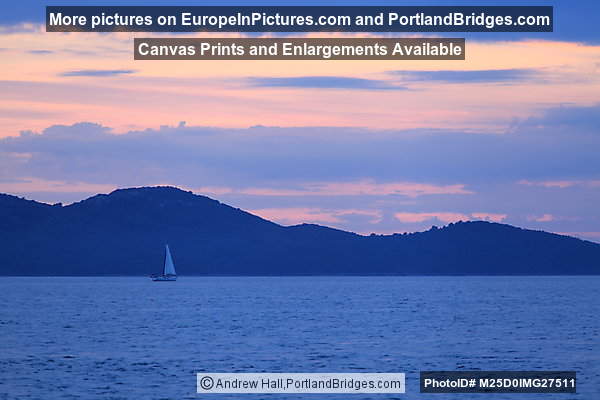 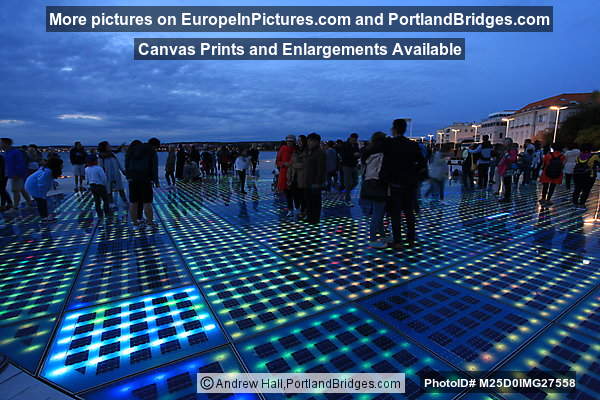 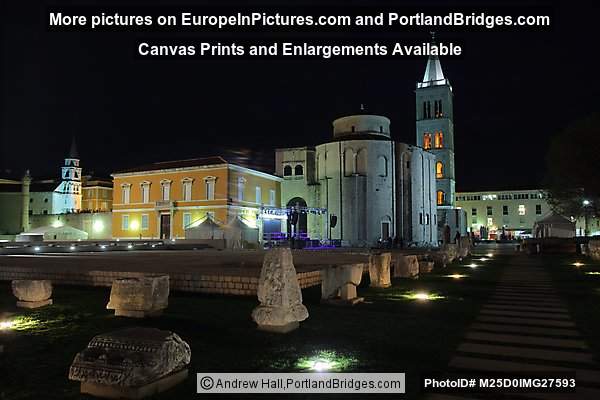 The next morning, I did another quick walk around Zadar before heading out. I could see Zadar’s obvious appeal, but for some reason I didn’t warm to it. The fact that it was busy with visitors for the race and that I didn’t see Hitchcock’s sunset probably didn’t help my impression.

The guesthouse where I stayed, the Guesthouse Greta, was fantastic for what it was: some no-frills rooms in a modest building, in a terrific location in Zadar (but no noisy as some places in this part of Zadar can be) I had a private bathroom that was actually across the hall – not ideal but at least I was not sharing it. The Greta manager was helpful and has a real “can-do” attitude – as I said above, she managed to find me a great free parking spot.