As I drove from Motovun to Lovran, the rain fell harder and harder until it was pouring again, just like my first night on the way into Ljubljana. I hoped my whole vacation wouldn’t be this! (it wasn’t.)

Lovran and Opatija had been on my radar as possible places to stop but never in the “must-see” category. A stop overnight made sense after exploring Istria before heading south. I probably would have picked Opatija, but by the time I decided to stay there and book a hotel online, all the cheap hotels in Optaija were booked, so I booked one in Lovran instead. It didn’t seem to matter much – the one thing I really wanted to do was walk along the Lungomare, a kilometers-long seaside promenade connecting the various towns south of Rijeka.

Because it was raining so hard by the time I arrived in Lovran, it mattered even less which town I stayed in. I braved the rain to walk from my hotel (Hotel Park, right on the main road) to a little pub, brought back a take-out pizza, and called it a night.

By the next morning, the rain had mostly stopped and I was able to go walk a little into Lovran (for what it is), then walk along the Lungomare, which is lined with beautiful old villas, parks, and trees. 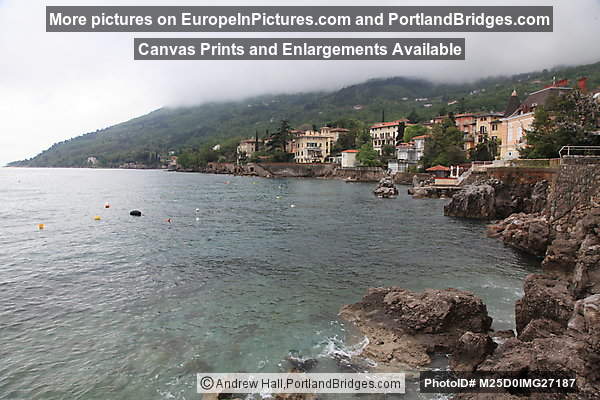 Clearly this area is a “summer sea recreation area” though in early May there was no one in the water of course – just a few people out walking. I could imagine how bustling and busy it must be on a warm summer day with people swimming and having fun. Even though it wasn’t exactly a nice morning now, still overcast and wet from the rain, I loved my walk along the sea and could have walked much further.

But I was headed south to Zadar, and I wanted to stop to check out Opatija, too, before leaving the Kvarner Gulf area.

I parked in the huge main parking garage in the center of Optaija and walked around for an hour. I liked Opatija for what it was. I wouldn’t call it…charming exactly, but it was pleasant. It felt a little like Beverly Hills on the ocean, with all of its big fancy villas and swanky hotels. But the view of Optaija and the hills behind it is gorgeous. And the seaside area – along Opatija’s section of the Lungomare – is more upscale than that by Lovran. 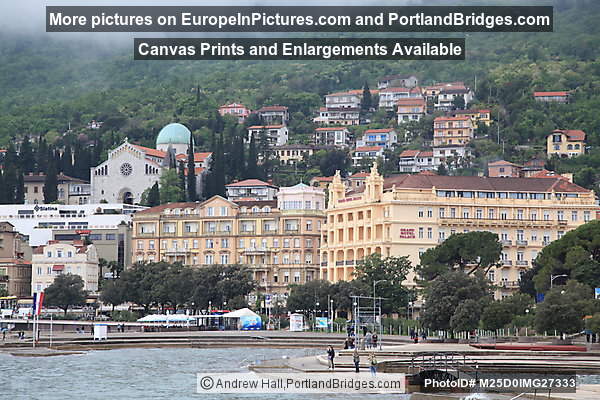 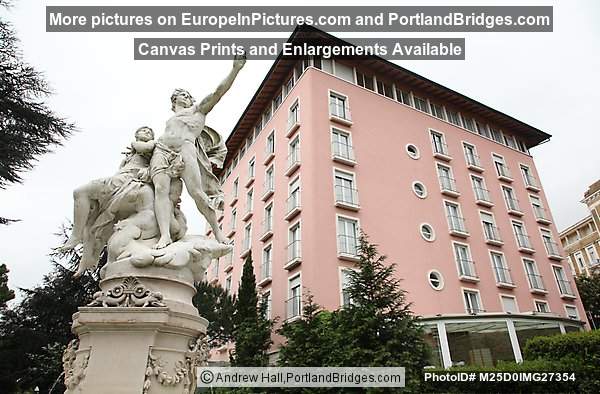 Staying over in more modest Lovran was probably more my style than Optaija, however but I’m glad I stopped to to check out Optaija.

Then I hopped in the car and headed south to Zadar.

View More Photos of Optaija and Lovran, Croatia on PortlandBridges.com