Meeting an Old Friend in Dubrovnik

Feral / stray cats are common in Balkan towns, and Dubrovnik in particular is full of them. I encountered a bunch of them in Dubrovnik when I first visited in 2009. Most of them are not very friendly. But one calico kitten I met just inside the Pile Gate became my friend for a few days: 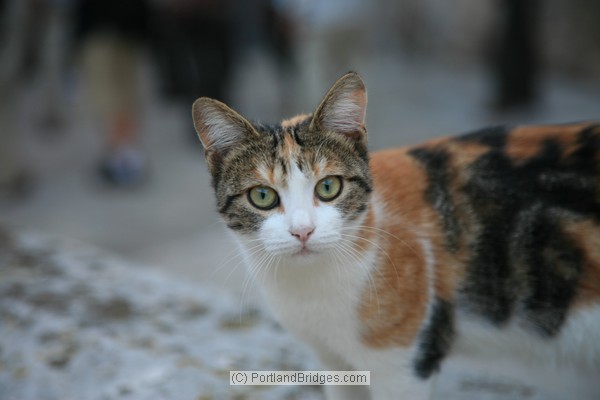 This kitty looked a lot like a calico back home I knew (would eventually adopt), so maybe that’s why I fell in love with her. I fed her lunch meat (from a store just outside the Pile Gate) for the three days I was there. She seemed a little tamer than most, and I could even pick her up briefly. 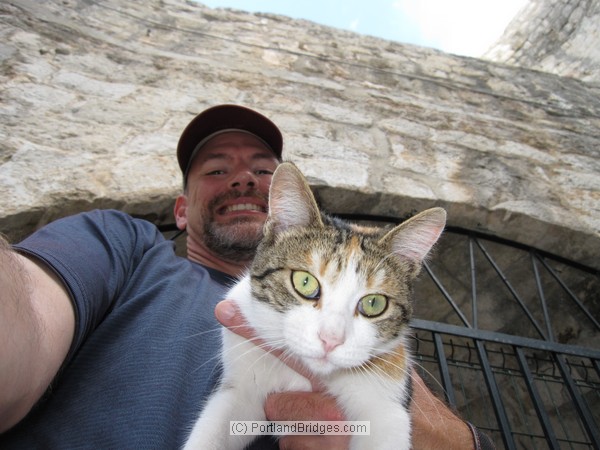 I felt sad at the end of my stay in 2009, wishing I could rescue her and take her back to the US somehow – but with my itinerary (buses and ferries up the Dalmatian Coast, then a flight to Paris, to Amsterdam, then home), it seemed impossible. As I sat with her that last night, saying goodbye and hoping she’d survive, a local woman walked by and left some food. Turns out she left food there every night. Yes, people do care for these cats. I felt a lot better after that.

When I planned a trip back to Croatia in 2015, I wasn’t sure I’d make it back to Dubrovnik at all. When I did, of course I thought of my old calico friend. But what were the chances she’d still be around four and half years later? When I entered the Pile Gate again in May 2015, I looked for her in that same spot, hope against hope that I might see her, but of course there was no sign of her.

After spending a few hours taking pictures in Dubrovnik past dark, I headed back to the Pile Gate to catch a bus back to my hotel. And as I passed the same spot inside the Pile Gate – there she was! 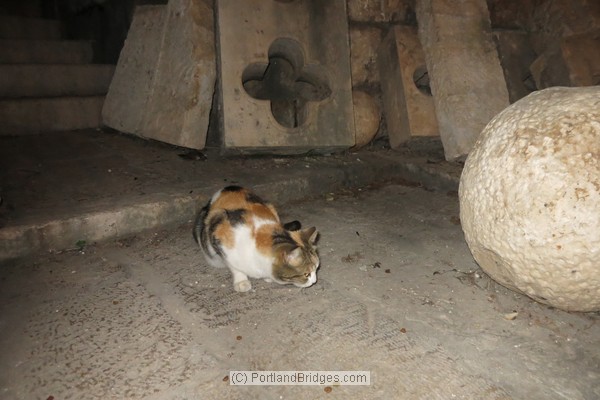 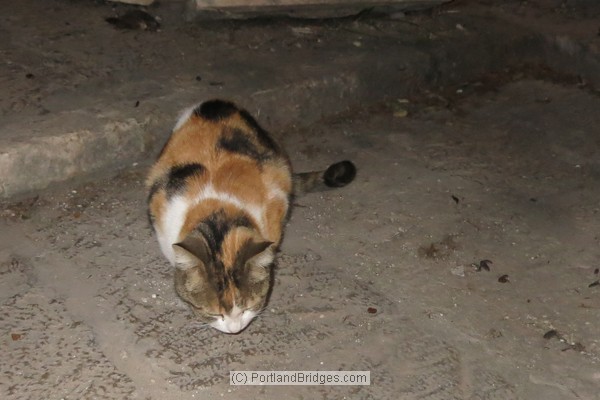 I got only a few poor shots of her before she split. But from the markings, clearly it’s the same cat. Calico cats have unique markings – loo at the three orange patches on her front side and compare in the two pictures below: 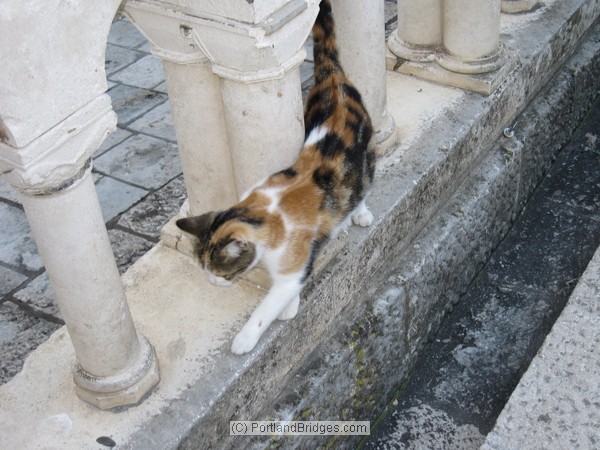 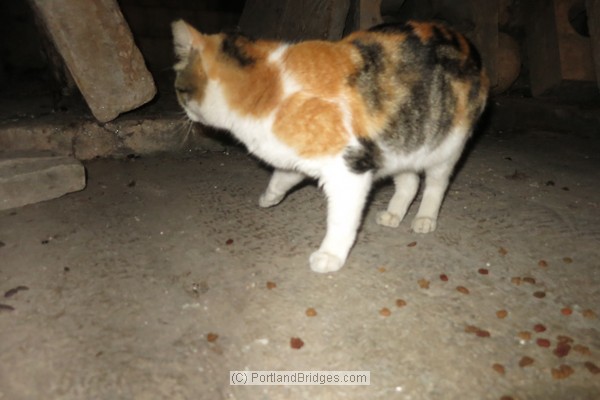 I wish I could have picked her up again, but it’s gratifying to know she’s still alive. Maybe she’s actually someone’s pet after all? It’s a shame I didn’t have more time to find out.

If you visit Dubrovnik and see my little calico friend inside the Pile Gate, say hi to her for me!

Update, October 2015: Special thanks to “teadrinker” on Fodor’s Forums for taking these two additional pictures of my Dubrovnik calico kitty in September, 2015: 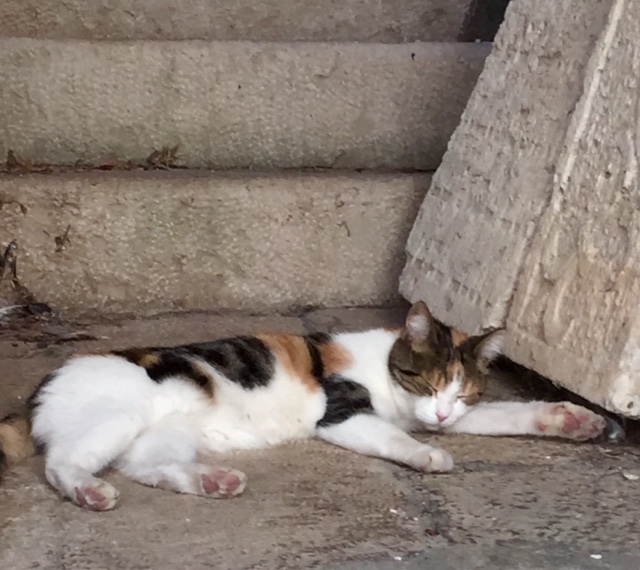 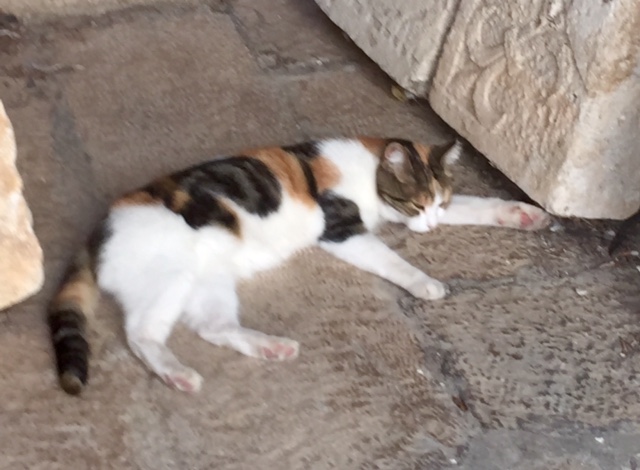