Pula is about a half hour drive from Rovinj – normally pretty simple. As I drove into town, though, the road was closed by police activity. I counted over twenty police cars, sirens blaring, all speeding into Pula ahead of me. What was going on – some sort of terrorist siege? Maybe this was the wrong day to visit Pula! It turned out to be some sort of celebration or event involving the police – I never found out exactly what – but they had all congregated at the Coliseum by the time I finally got there. I parked on the street and set out to walk around for a few hours. 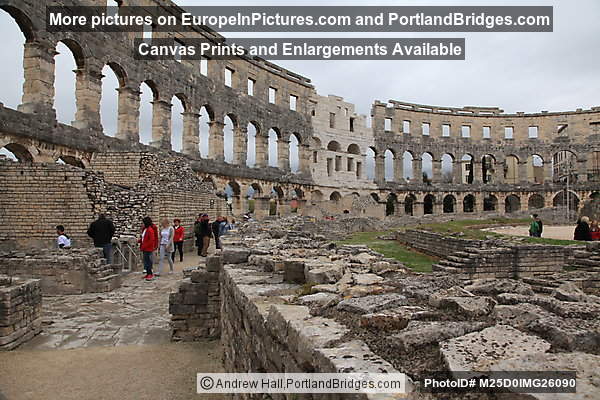 The main tourist attraction of Pula is the old Roman ruins, especially the Coliseum – which is still in pretty good shape (still used for events and concerts sometimes). I started my tour of Pula at the Coliseum, doing a self-guided tour inside. It’s neat, but there’s not much to see. It looks perhaps more impressive from afar than close up. I’d seen the Roman Coliseum, so I guess anything else feels less impressive. There were a few relics under the Coliseum that were interesting but I didn’t stay long.

Next I followed the Rick Steves walking tour of Pula, but it was kind of boring. I’d seen the ruins in Rome – so these didn’t exactly excite. It rained on and off as I walked. I hadn’t expected much of Pula from what I’d read, but I was still a bit disappointed. I had kind of hoped it might surprise me. I saw evidence of charm here and there, but otherwise it felt a big industrial city with a pedestrian area of modern chain stores and tourist shops in the center, mixed in with some old Roman ruins. Pula wasn’t awful, but I’d rate it near the bottom of everything else I saw on my trip. In retrospect, I might have enjoyed simply hanging out in Rovinj for a few hours instead – but of course, until you see these things that you’ve read about for yourself, how do you know? 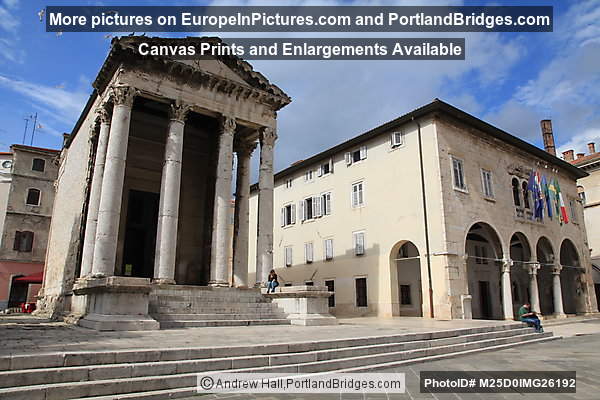 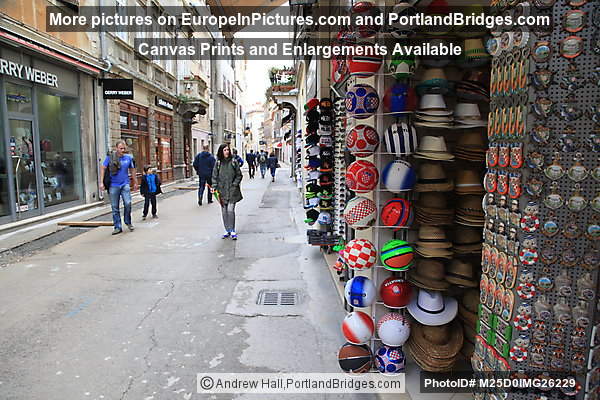 View 40 Photos of Pula on PortlandBridges.com