Headed south for Dubrovnik, I decided to detour into Bosnia and Herzegovina briefly to check out the Kravice waterfall near the Herzegovinan town of Ljubuški . I hadn’t even heard of this great waterfall back in 2009; maybe I would have visited then had I known. My GPS didn’t have any knowledge of “Kravice Falls” but it did know about the tow of Ljubuški, so I told it to take me there. Once I crossed the border into BiH, the GPS had more trouble with the roads; some roads it wanted me to take simply didn’t exist. I would turn instead in the direction I guessed was right and then see if the GPS could figure out where to go next on a real road. I made it to Ljubuški soon enough, then followed signs to Kravice.

There’s a parking area above the waterfalls where tour buses can park, and perhaps everyone parks there in busy times. But in early May, I was able to drive all the way down the narrow road to the falls instead of walking down. (If a car comes the other direction, one of you will have to pull far to the side to let the other pass. No problem if you take it easy.) There’s also a small entrance fee at the parking lot; I was able to pay with Croatian Kuna because I didn’t have any Bosnian BAM yet. The guy collecting the fee was wearing a Wildwood, New Jersey t-shirt. Since I had been there as a kid, I was excited and asked him about it. He had no clue what or where this “Wildwood” place was – just a shirt to him. He had never been there or to the United States; his cousin gave it to him. But I found it amusing.

The waterfall itself is beautiful. 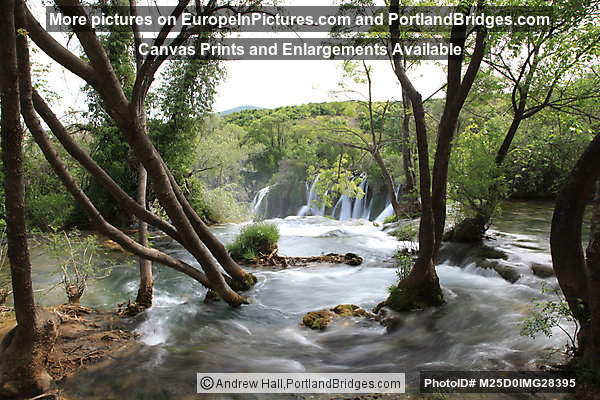 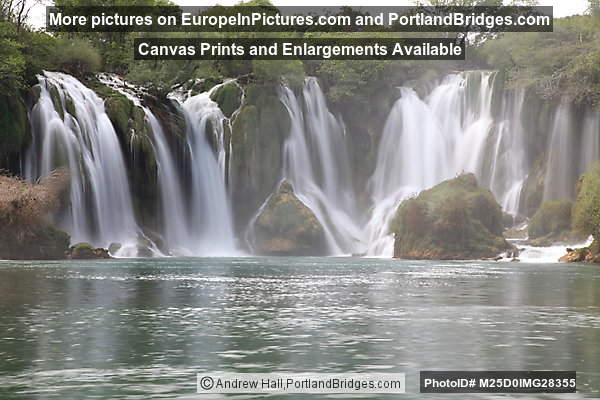 But if you can drive down like I did, it doesn’t take much time to see it. (The walk or drive down from the parking lot didn’t look particularly interesting.) There’s a little restaurant right down by the falls but I didn’t patronize it. I found the most flattering place to photograph the falls may have been above it, from the road driving down. 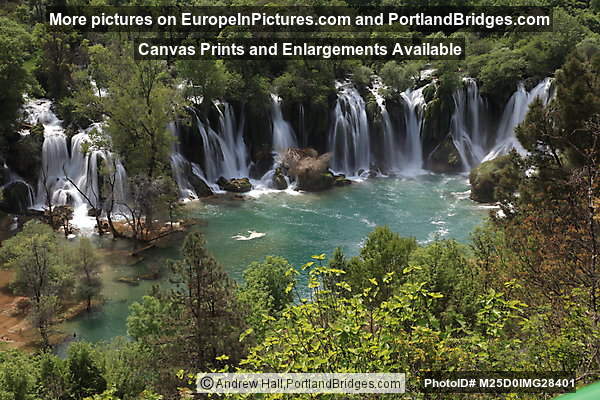 If you have time and you love waterfalls, I’d recommend a detour to Kravice Falls. Lots of people go to Krka National Park; you may be one of the rare people who sees Kravice.