Driving south from Zadar, I had planned to stop at both Krka National Park and the nearby town of Sibenik, but I didn’t have a fixed plan for where to spend the next night. Originally I expected to stay a night at Skradin – one entrance to Krka, to allow an early start in the park – or Sibenik, but that morning in Zadar I decided to try to see both in one day, if possible. I booked a room in Trogir that could be canceled just to have somewhere to land at the end of the day, in case I covered that much ground in one day but thought I might stay elsewhere.

I had been to Plitvice Lakes National Park on my previous trip to Croatia and had read favorable comparisons of Krka to Plitvice. But they are different kinds of parks. Plitvice is more compact and kind of a big encompassing experience, whereas Krka has more spread out attractions that one can see ala carte. The highlight at Krka is a huge cascading waterfall called Skradinski Buk, and that’s what I decided to focus on.

You can hike to Skradinski Buk from Skradin or take a boat up the river. I arrived from Zadar (about an hour drive south) and parked my car, then caught the next boat at the top of the hour to the falls. 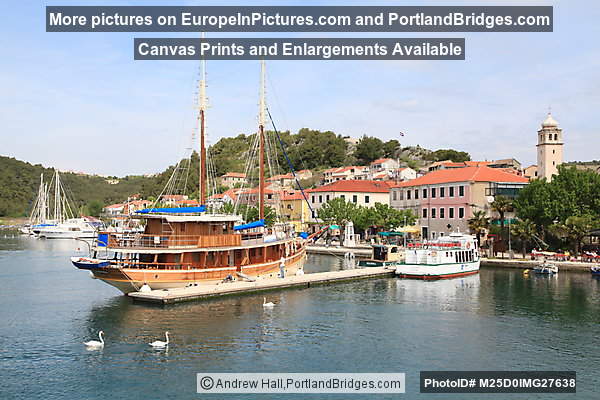 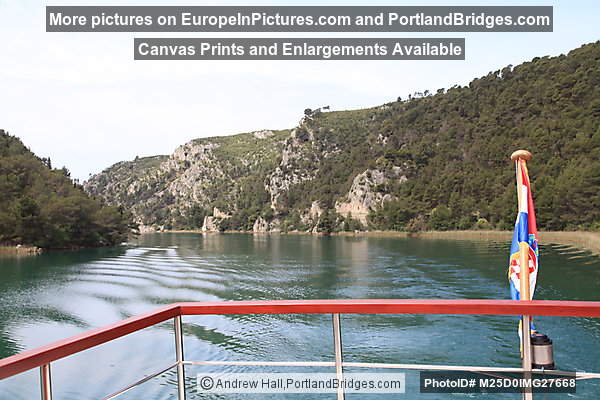 Krka RIver from the boat 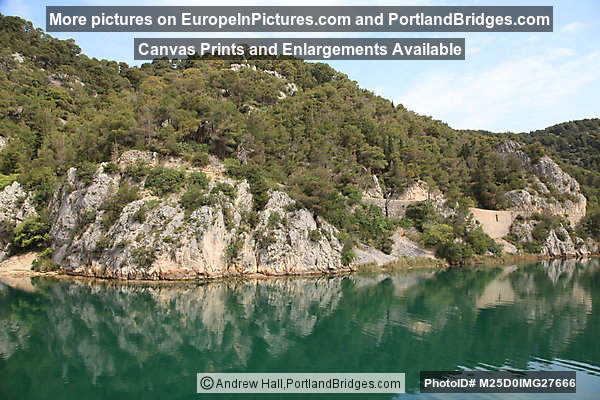 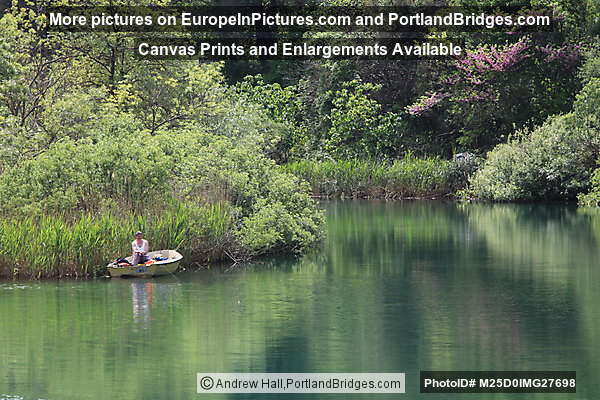 But Skradinski Buk is much bigger and more impressive than anything you see at Plitvice. By the time I arrived there were lots of people already there, and I had to take pictures around them. 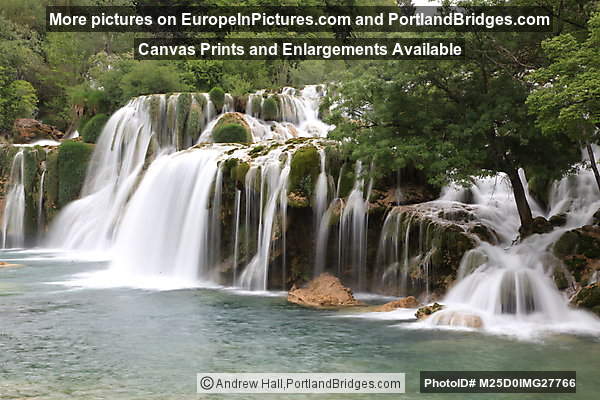 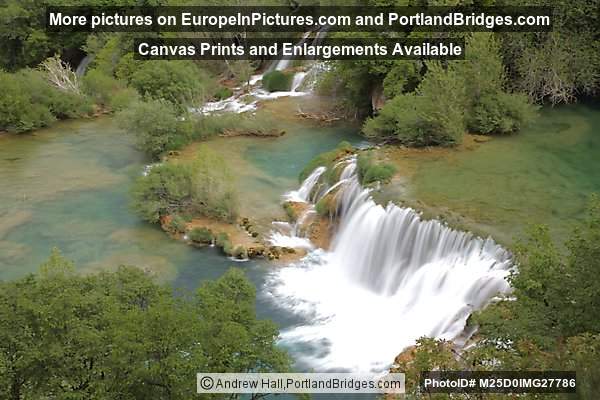 A few brave souls dared swim below the falls in the chilly May water – unlike at Plitvice, you are allowed to swim at Krka. I’m sure it is mobbed with swimmers in the summer. 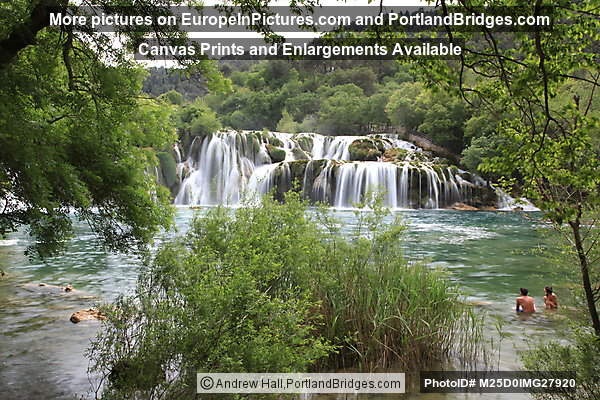 I walked for an hour or two up and around the long falls – you can cross over and walk back down the other side in a loop. I took my time taking pictures, with the sun occasionally popping out. There are also some cool buildings at Krka along the falls such as an old power generating station. 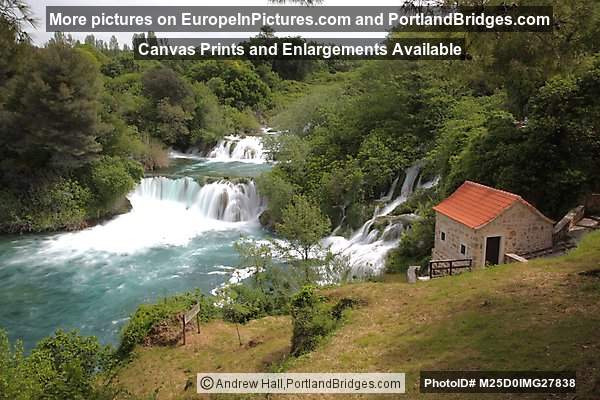 Skradinski Buk is amazing, but on the whole I liked Plitvice as a park better, and if I had to choose between Krka or Plitvice, I’d choose Plitvice easily. Then again, I didn’t see all of Krka. There’s also a monastery and some Roman ruins as well as another tall waterfall, but it would have taken a few more hours to get to it all. Maybe had it been a clear sunny day I might have wanted to see more of Krka, but by the time I was finished at Skradinski Buk it was overcast again. So I decided to move on to Sibenik, not far away.