It was dusk by the time I descended through the mountains off the A1 and into Trogir. It took longer to get there than I’d imagined, with some road construction causing delays. I got to the center of Trogir (right outside the car-free old town) and finally found the hotel I’d booked on Booking.com (“No fee to cancel”) called Aparthotel Bellevue Trogir. I had booked it quickly that morning in Zadar and was disappointed at first that it seemed further from old town as I had thought – it seemed to be in a busy, run-down part of town. But it was getting late – what choice did I have?

But after I checked in and started walking to the old town, I realized Trogir’s old town is really, really small. The reason the hotel looked to be in such a great spot on the map is that it kind of was. I could walk in less than ten minutes over a pedestrian bridge into the heart of old town Trogir. 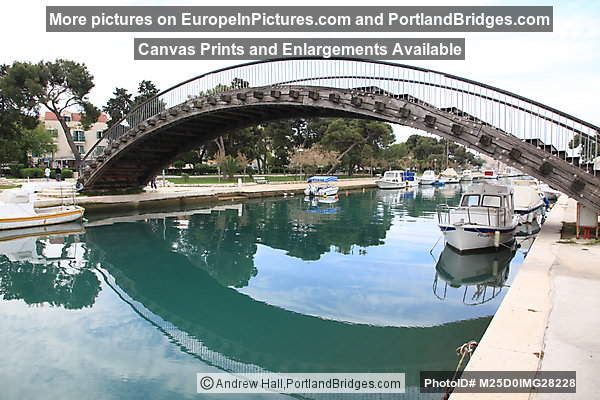 This town was definitely more tourist friendly than Sibenik – there were restaurant owners standing at the front of their restaurants impatiently waiting for patrons, but there were few tourists out tonight. Walking outside the town gates toward the water, a live band performed covers of American rock tunes outside by one of the restaurants. Tiki torches were lit up, the night was warm, and palm trees caught the evening lights. This was the first stop in Croatia that made me feel like I was “on vacation.” The scene reminded me slightly of a visit to Hawaii. 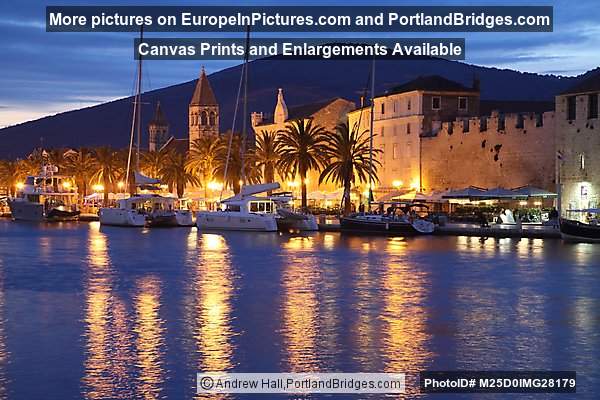 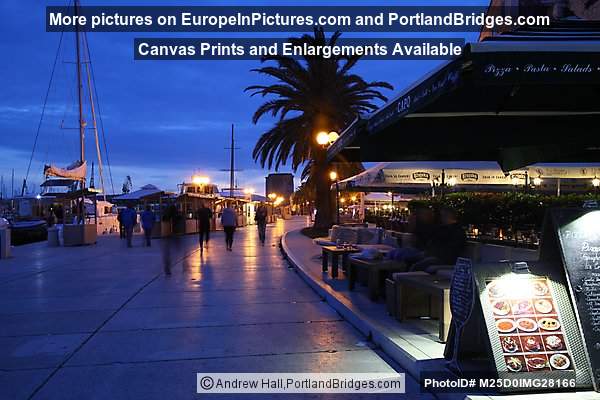 I setup my tripod and walked around taking night pictures for a while. The pictures make Trogir look a lot more amazing than it seemed to me at the time. It is a nice town, a nice place to come back to at night if you’ve been seeing things by day, but nothing that special. It seemed like a great place to relax and enjoy your vacation – but that wasn’t the kind of trip I was on, really.

In the morning before heading out, I took one more walk around Trogir. Yeah, it’s nice, but I’m not sure I’d ever come back. 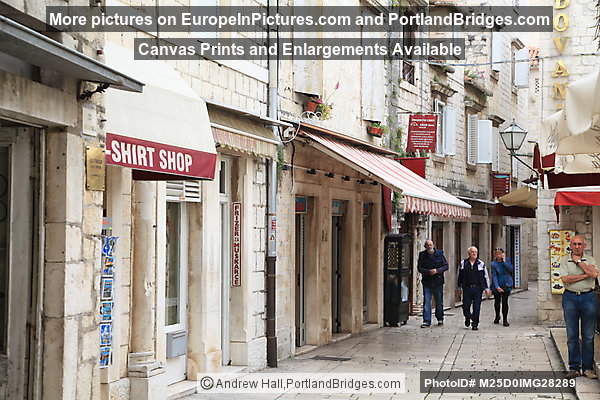 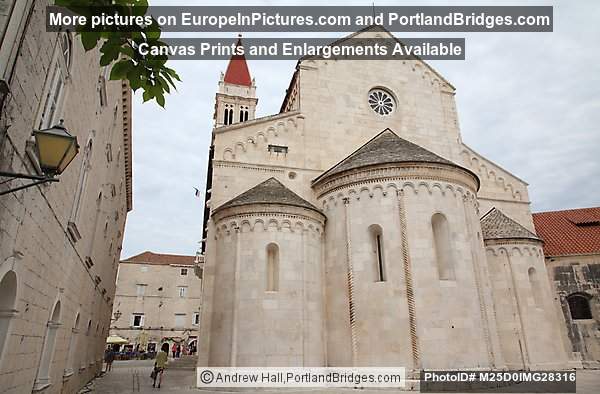 I liked Trogir better than Split, which I’d visited in 2009 for few nights. I’d had high expectations of Split as some sort of a cosmopolitan gem in a sea of tourist traps – but it seemed much less exciting than I expected. I didn’t expect as much from Trogir, but it met my expectations.

The Aparthotel Bellevue Trogir was OK – location really was decent (free parking near the hotel in a secured lot), the staff were friendly, and the studio apartment (with kitchenette I never used) was way more than I needed for such a brief stay. The hotel staff had offered me a free snack and a drink at the adjacent restaurant the night I arrived, but I was too busy taking pictures to accept – so when I checke out they offered me a take-away lunch snack of ravioli with powdered sugar – kind of a strange combination that was surprisingly delicious to munch on as I drove south.