Driving from Blagaj to Sarajevo

I had a list of things I hoped to see on the drive between Trebinje and Sarajevo. One was the Dervish monastery (Tekija) in the town of Blagaj, near Mostar. Another was the stone bridge in the town of Konjic, which is on the main road between Mostar and Sarajevo. And I’d heard that the drive between Mostar and Sarajevo along the Neretva River and Neretva Valley was particularly beautiful. Normally this would be about a four hour drive without stops, but of course I stopped many times.

For some reason, I had some trouble finding the Tekija once I got near Blagaj. My GPS had no record of it, not surprisingly. I tried to follow signs and made a wrong turn; eventually I got there. I had driven through rain leaving Trebinje, but the sun was out again by the time I got to the monastery. 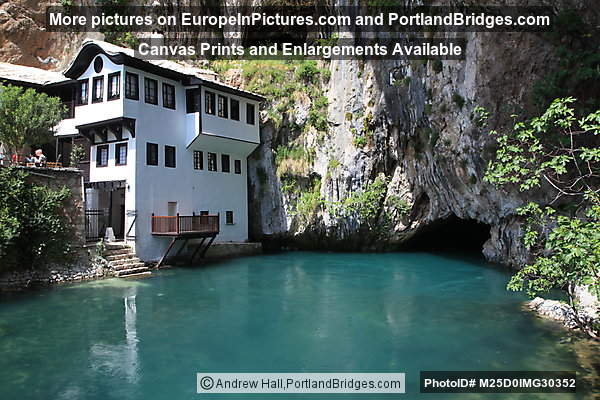 The scene of the monastery next to the base of the cliff is very dramatic, but the monastery itself didn’t interest me that much.

After exploring it, I sat for a sandwich at a local restaurant then headed off for Sarajevo.

I craned my neck to try to catch a view of Mostar’s famous bridge as I drove the main road through Mostar but couldn’t see it. I might have liked to stop for an hour just to walk through town again and see the bridge, but I wanted to push on for Sarajevo.

Yes, the Neretva Valley is stunning. I could see the train tracks across the river from the highway. I imagine the train ride between Mostar and Sarajevo wouldh ave been amazing, something I kind of wish I could have done. But driving gave me the chance to stop along the way – which was possible to do occasionally whenever there was any sort of dirt shoulder along the road. 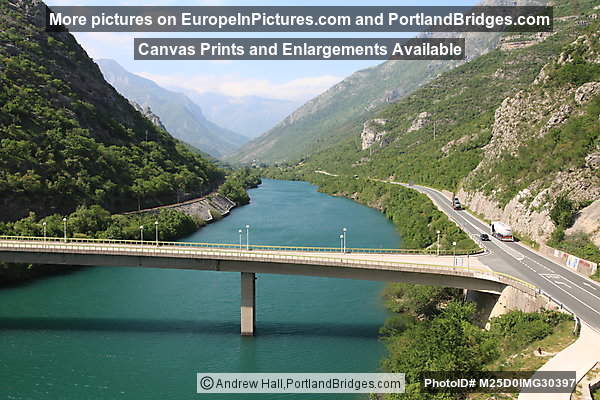 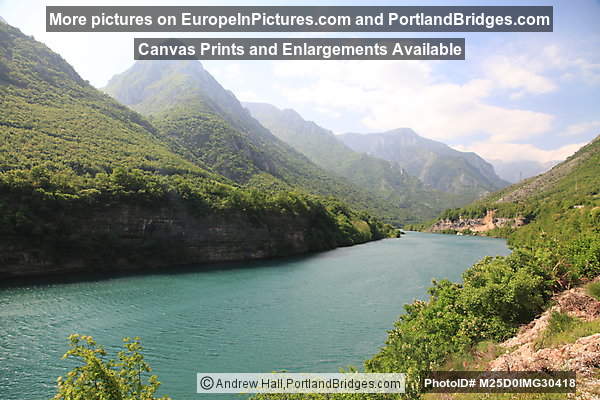 It was sunny most of the way up to Konjic but clouded over by the time I found the old stone bridge (which was re-built in 2009, in the style of a centuries-old bridge that had been there until retreating Germans blew it up in 1945). I hoped for a flattering photo of the bridge lit by the sun and waited for a break in the clouds, but the sky wasn’t cooperating. 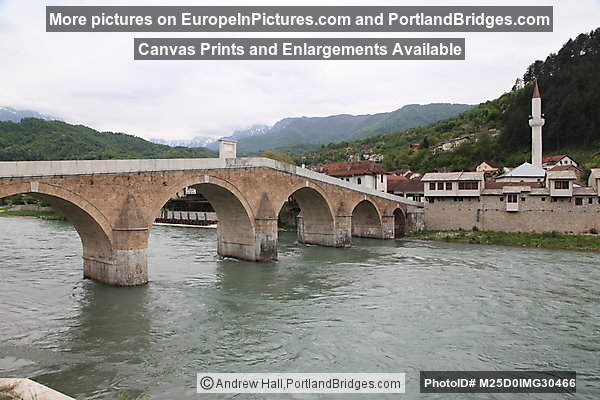 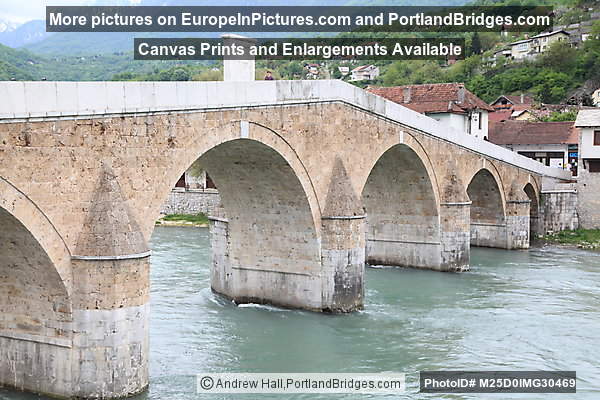 While I waited, some teenagers from a school or community college across the street came up and chatted with me in English. They wanted me to take their pictures in front of the bridge, which seemed kind of silly – they seemed to have smart phones. Were they just messing with me or joking around? One of the young guys then said he ran some sort of tourist camp and tried to interest me in visiting, but I said I wouldn’t have time.

I never really got a satisfying picture of the bridge. Konjic isn’t much of a town to speak of but makes a nice break in the drive north to Sarajevo. 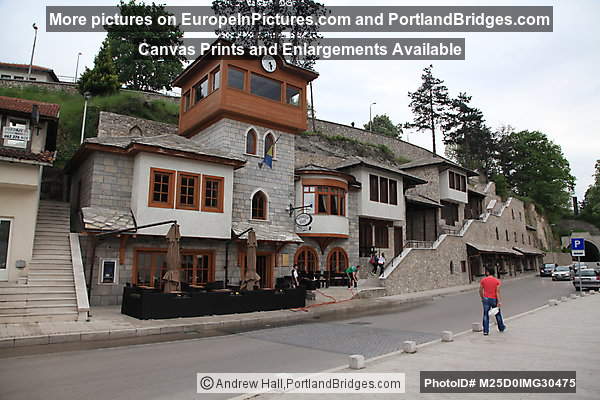 As I got close to Sarajevo, the E73 highway turned into the A1 toll road, something my GPS was unaware of, so it must be a fairly new road. There were two Sarajevo exits off the A1, and I wasn’t sure which one to take. I chose wrong and took the second exit west of the city and had to backtrack just to get into town. But once I got off the A1, my GPS found its way again.