I didn’t set the day’s agenda until just before I checked out of my B&B in Rovinj: I decided to spend the day exploring a few Istrian hill towns, then spend the night in Lovran, near Opatija and Rijeka, the way I’d come, and head on from Lovran the next day.

The weather was great as I set out from Rovinj but soon the clouds rolled in and, eventually, rain.

I had planned on visiting only Motovan and Groznjan for sure. But my GPS routed me right through Buje anyway, so I stopped to have a look. Buje is a modern town with a market, bars, cars, etc. It’s not exactly charming – but I found an old abandoned church and crumbling cemetery near the top of the hill that were fascinating and fun to photograph. I might have missed them completely had I not gotten out of the car to look around. 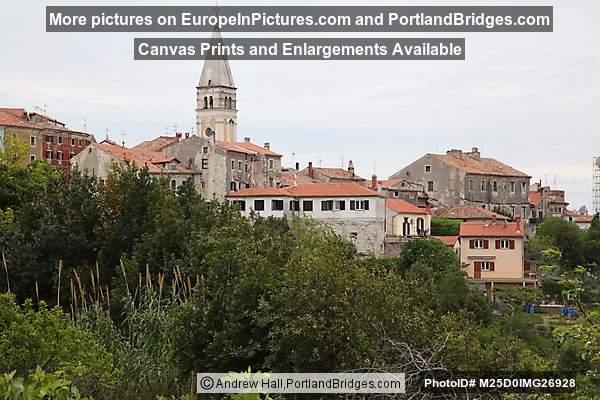 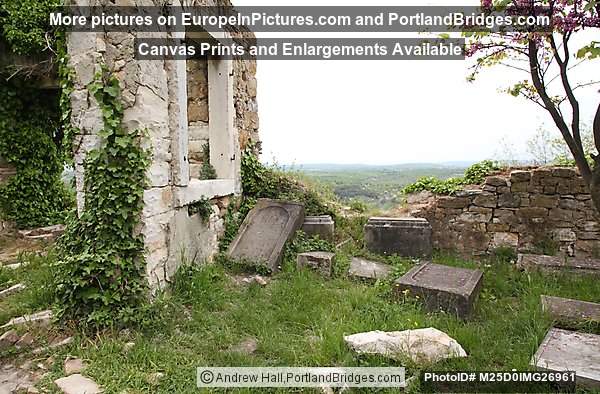 Groznjan was next. I wasn’t sure how far I could drive in to town before I had to park the car. I saw other cars parked on the outskirts, maybe 1 kilometer from the center, so that’s where I parked too – but the town wasn’t that busy, and I could probably have parked a lot closer. Oh, well. 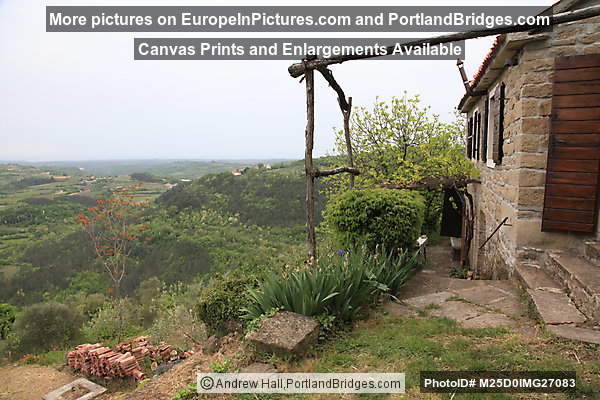 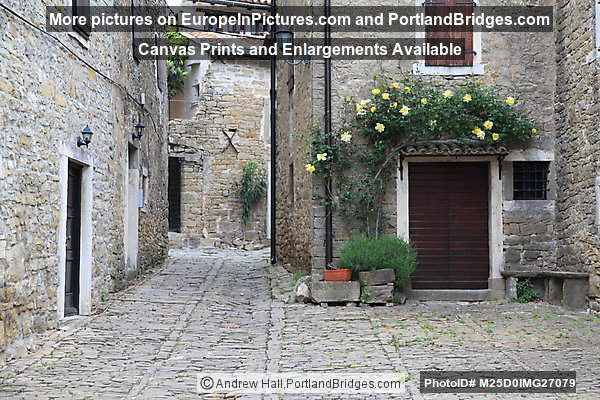 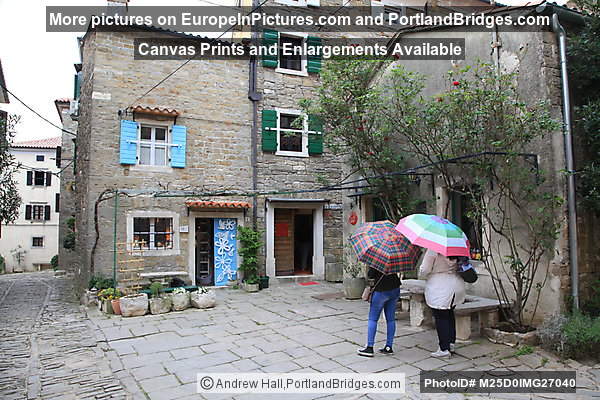 Despite the drizzle, I managed to explore Groznjan and take some decent pictures. It’s a beautiful town – small and intimate, almost fully restored, looking almost movie set-perfect, full of artist galleries, in what looks like a hundreds-of-years-old town. There were plenty of people milling about, but it didn’t seem especially touristy. Groznjan was my favorite of the towns I saw. 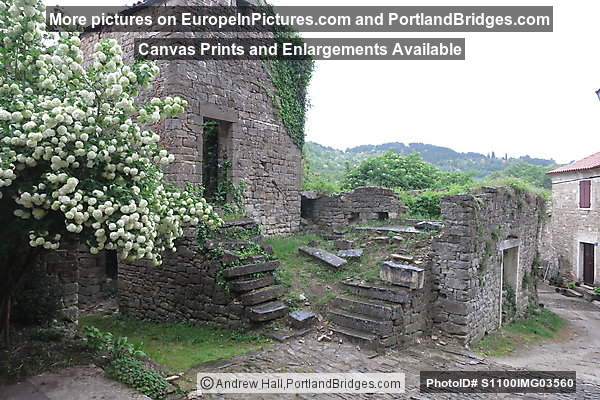 Zavrsje was not too far away from Groznjan, so I decided to detour there on the way to Motovun. The town reminded me of what Groznjan may have looked like before it was re-discovered: basically a bombed out shell of a town with a few buildings intact. Some of the buildings have clearly been fixed up and some people live there, but it still felt uninhabited. In contrast to Groznjan, which had a fair number of visotors, there was no one else in in Zavrsje on what was becoming a pretty rainy day. Then again, there were no open galleries or shops in Zavrsje, either. I guess the the town is being restored– someday maybe it will look something like Groznjan does now.

Finally, I continued to Motovun, the biggest and most well-known of the hill towns. It gets a lot of tourists, even in early May, and there are parking lots well below the top of the hill. You can keep driving up and look for another lot or place to park or take a shuttle bus up to the top. I paid to park at the bottom lot and was told to drive up to the lot at the top. I wound up parking along the road anyway – wasn’t sure if paying to park was even required. 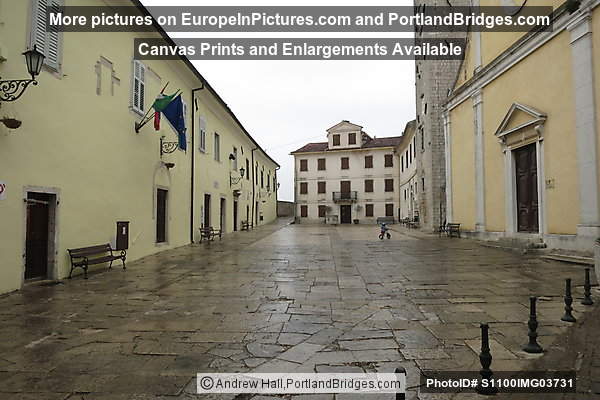 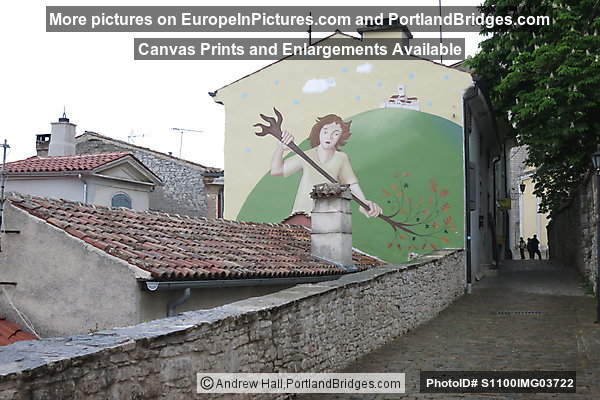 By now it was raining hard enough to require an umbrella and I shifted to using my pocket camera to take pictures.

Motovun wasn’t exactly appealing – until I got to the top. The beautiful courtyard inside the walls is captivating. And the views over the Istrian countryside were wonderful even on this rainy day – they must be spectacular on a clear day. I could see Motovun’s charm, but it was also a bit too touristy for my tastes.

I spent about six hours touring these four towns. I enjoyed them more or less, certainly more than I enjoyed Pula, but I wouldn’t call Istria (besides Rovinj) the highlight of my trip.