Šiauliai and the Hill of Crosses 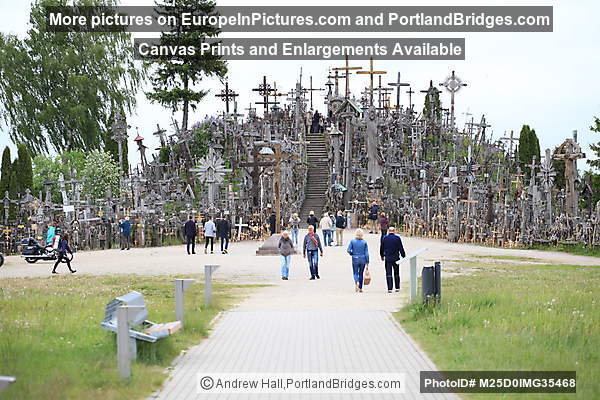 The next morning in Kaunas, I caught a mini-bus from my hotel to the Kaunas’s temporary bus station (close to the train station), then I took a 2.5 hour bus from Kaunas to the town of Šiauliai, another big town in northern Lithuania.

Šiauliai is an easy day trip from Vilnius by train, but it’s a few hours each way, so if you are going to Riga anyway, as I was, it makes some sense to stop in Šiauliai on the way to Riga (or vice versa if you are headed from Riga to Lithuania). Had I not stayed the night in Kaunas, I would have taken the direct train to Šiauliai, but there is no convenient train connection between Kaunas and Šiauliai, so I took a bus. ( Actually, you can connect by train if you don’t mind stopping for a while in the little town of Kaisiadorys between trains – or connecting in Vilnius. I considered this train connection, actually, but the train would have gotten me in to Šiauliai too late, so I took the bus.)

The bus ride to Šiauliai was OK as far as bus rides go but I was glad when it was over. I could not read and had to limit how much time I could look at my phone, because I can get motion sick. The bus had WiFi but no bathroom.

The Hill of Crosses is in a field out in the middle of nowhere, a few kilometers north of Šiauliai. During the final years of Soviet rule, this hill became a symbol of rebellion against the Soviets. Expression of religion was forbidden by the Soviet government, but crosses started appearing in this field. Authorities would remove them – then new crosses would appear to replace them soon after. The Hill today has thousands of unique crosses, some big some very tiny, and has become a major tourist attraction. (You can add your own cross If you like. I didn’t.)

In Šiauliai, to get to the Hill of Crosses, you have to take a local bus from the Šiauliai bus station toward Joniškis and get off at the Domantai stop. (Or ride a bike. Or take a taxi – maybe 20 to 25 Euros if you want the driver to wait for you while you visit.) The buses run only about once an hour each way, sometimes less, so you have to time your visit by bus carefully. I managed to take the 12:15 bus from the Šiauliai and get back to Šiauliai by 2:30. This gave me only about 45 minutes at the Hill, but that was enough for me. Waiting for the next bus would have meant spending another hour there – more than I wanted. The Hill was pretty crowded that day because it was high school graduation day in Šiauliai, and the Hill seems to be a common spot for graduation pictures. Lots of well-dressed senior kids arrived at the Hill in fancy cars just as I was walking back to the bus stop. 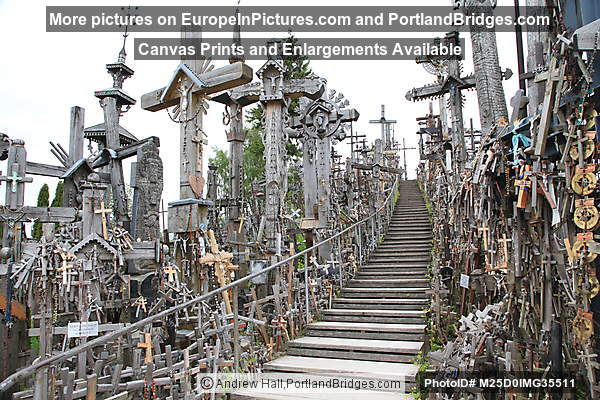 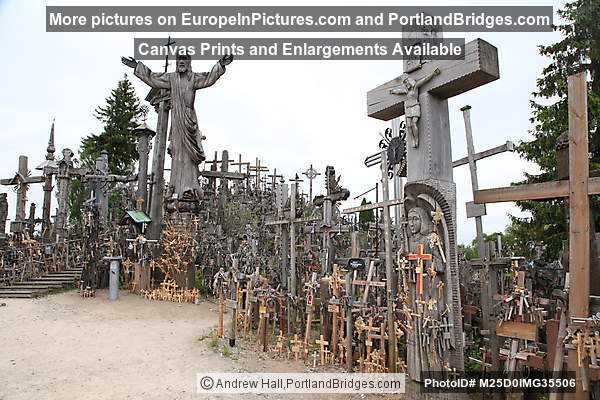 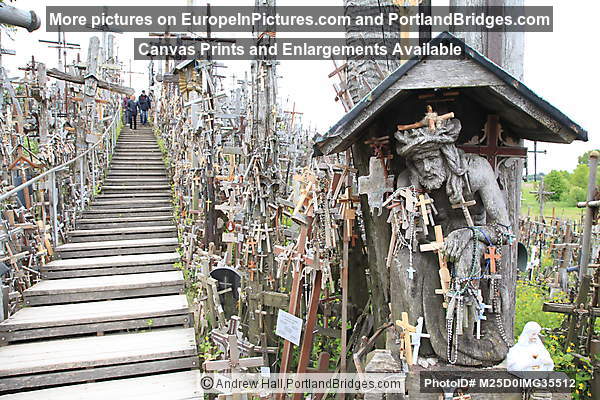 I had another few hours in Šiauliai before my van to Riga, so I explored the town a little. Šiauliai is a pretty drab town, but it is interesting in places. There’s a town center with some cafes and shops. There’s a nice cathedral and some interesting public art. I enjoyed walking around for an hour – but I wouldn’t see the need to spend a night. 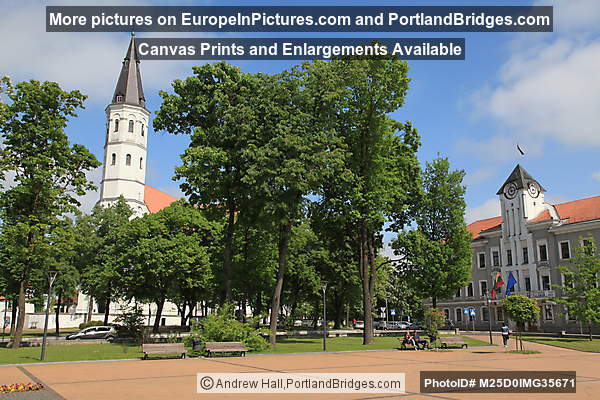 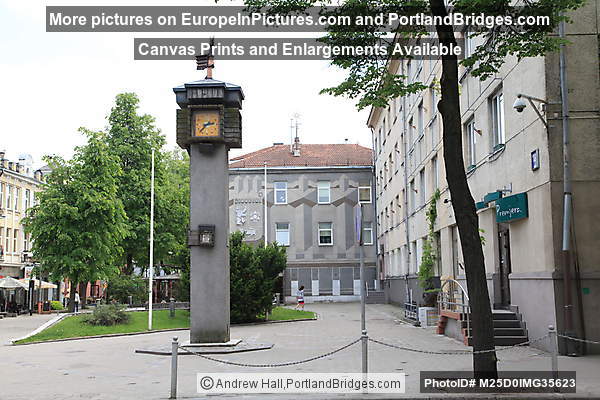 My “bus” to Riga booked with Ollex turned out to be a cramped mini-bus or oversized van. This was the worst ride of my trip, with small seats, no leg room, and a bumpy ride with air conditioning that barely worked. Unfortunately, this was my only afternoon option for getting to Riga from Šiauliai – the regular bus companies like Lux Express and Ecolines did not have direct buses in the afternoon. But the Ollex mini-bus got me there In one piece, anyway, within my schedule.