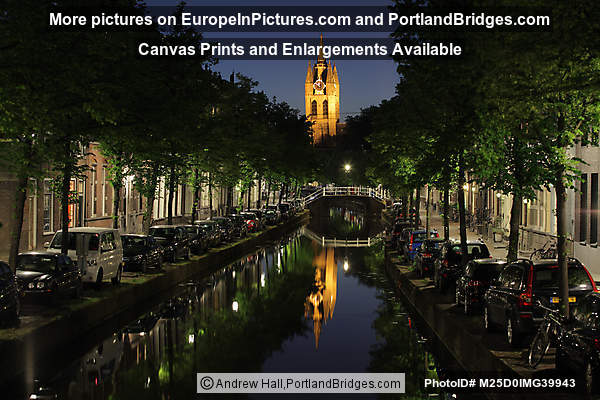 There are normally direct trains from Amsterdam’s Schiphol airport to Delft, but on this weekend, there was some track work on the rail system, so I was forced to connect in Rotterdam. Not a big deal. There were still several trains an hour on a Sunday. I think it took about 50 minutes total.
I love trains, and riding on the modern, comfortable train toward Delft, I appreciated how fun it can be. Even after this long trip, I felt a whim to take another long trip of just trains.

I got off the train in Delft and walked only about five minutes to the Hotel Grand Canal Station, a modest hotel that seemed to be under renovation while I was there. The breakfast room was being redone, but I didn’t take breakfast so no worry for me. The lobby seemed nice. My room was nice, but the hallways seemed a little rough. Still a comfortable, convenient hotel and the price was right.

Delft was instantly charming! Wow, what a beautiful town. It’s one of those places whose charm kind of eludes people’s descriptions or even pictures. Several people had told me before I visited how much they loved Delft, but I was skeptical, because people have said that about plenty of places I’ve not liked very much. But in the case of Delft, they were right! 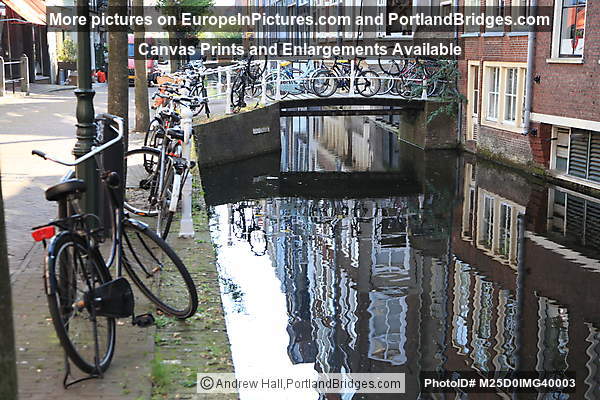 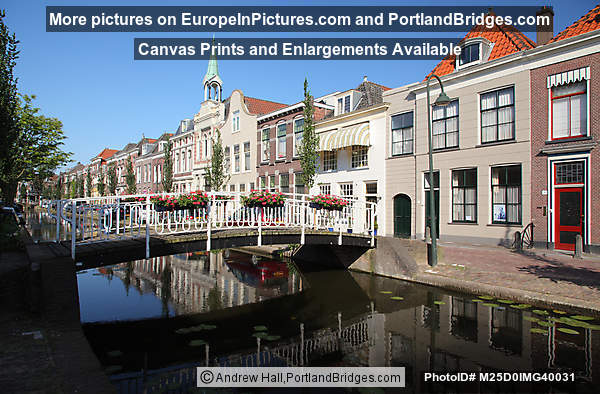 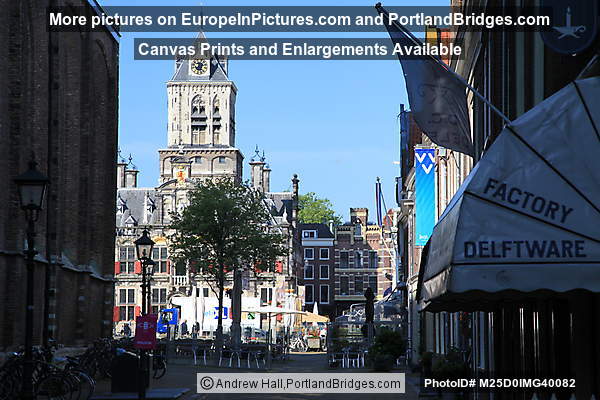 Delft is known for its “delftware” pottery and as being the town in which the painter Vermeer lived and worked. And as the town where William of Orange, one of the Netherlands’s key historical figures, is buried. None of that was of much interest to me, to be honest – I just wanted to visit a small, low-key town, after all of the big, busy places I had just been, and Delft was perfect.
I think in the future, if I need to spend a night in Amsterdam due to a flight connection, I’ll just stay in Delft, because it’s an easy (usually direct) train ride from the airport.
I still had a few hours of light to explore Delft even having arrived at about 7:30PM, because of the long days. It’s like a mini-Amsterdam with the canals but without the crowds or the noise. I had nothing on my agenda except walk around and explore. After walking around for a while, I found an Italian restaurant and ate dinner, then walked around for about an hour and took night pictures. 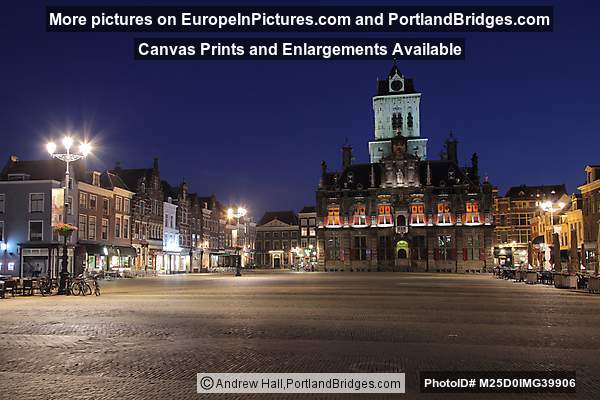 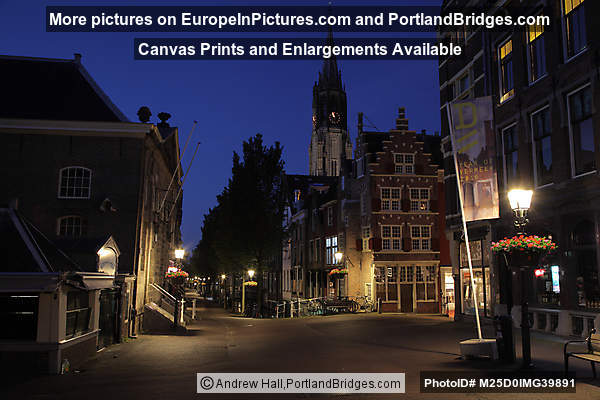 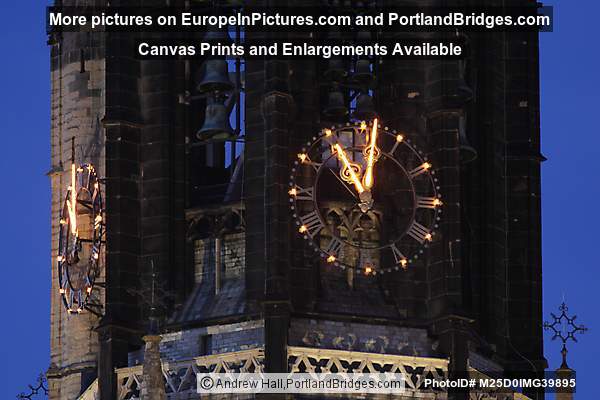 The next morning I explored Delft some more then took a day trip to The Hague, which is close by. I took the fast train one way and took the tram back – slower but in some ways more convenient. I explored the center of The Hague for a few hours, where there’s an artificial lake and some nice old buildings, wandered up to the Peace Palace (which had a fence with barbed wire at the top around it and was closed to the public that day – kind of ironic I thought) and then noticed that the Tram #1 back to Delft was running every ten minutes right past the palace! So I hopped on it – a lot easier than going all the way back to the train station just to take the fast train to Delft.
The Hague was pleasant but nothing special – about what I’d expected. I was always curious about this town I had always heard so much about as a headquarters for international organizations. 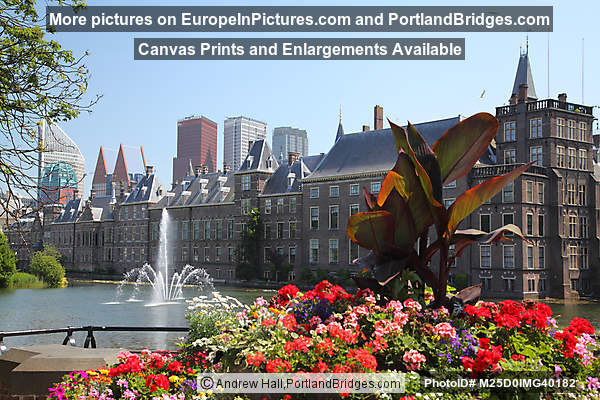 I considered also stopping in Rotterdam on the way back to Amsterdam…but I didn’t feel like it. Instead, I just got on the direct train to Amsterdam Central for my last stop of the trip.

View More Photos of The Hague, Netherlands on PortlandBridges.com